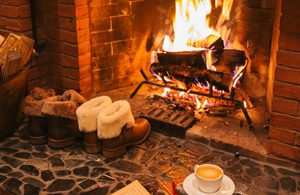 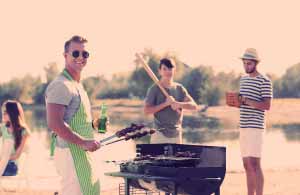 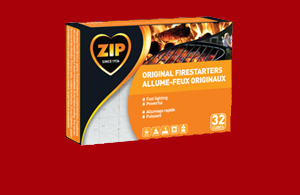 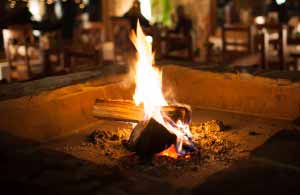 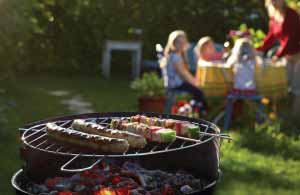 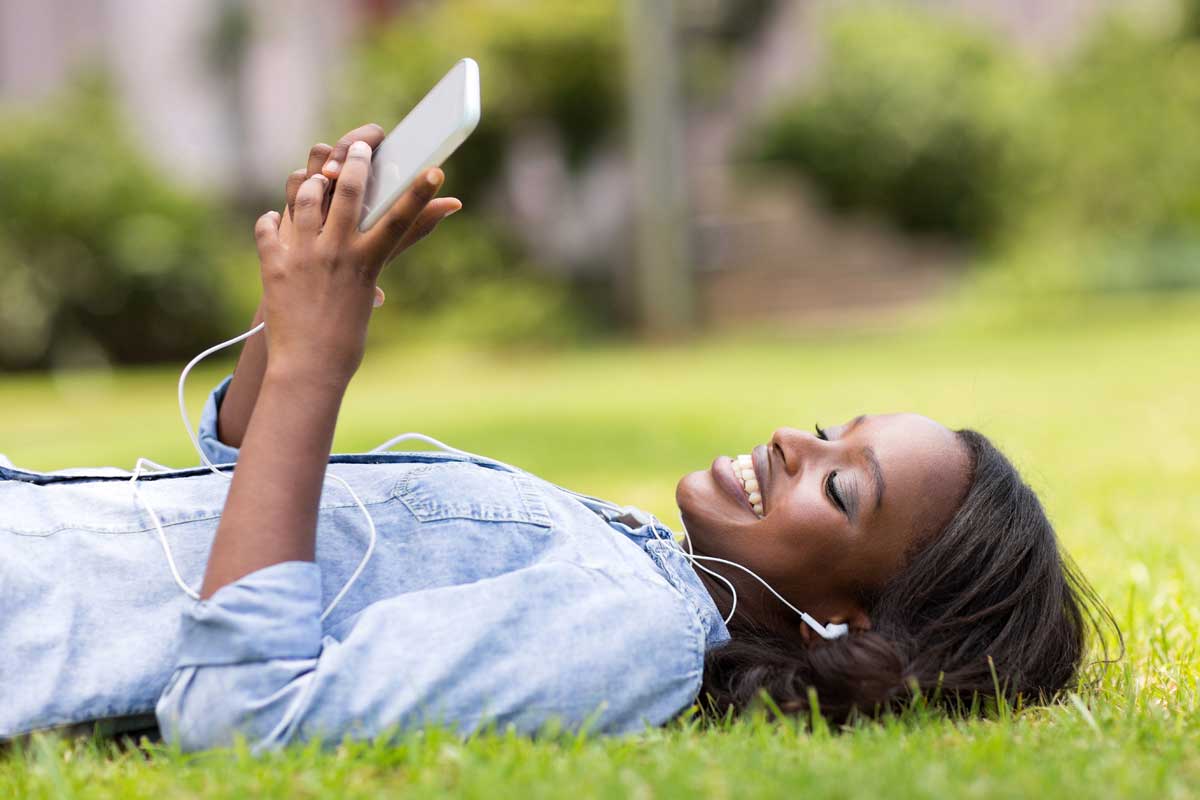 Music for all seasons

We have put our heads together in the ZIP™ office to come up with our favorite fireside music playlists for all seasons.

Whether you are snuggling up by the fire or getting ready to fire up the barbecue, we have the perfect songs for you! 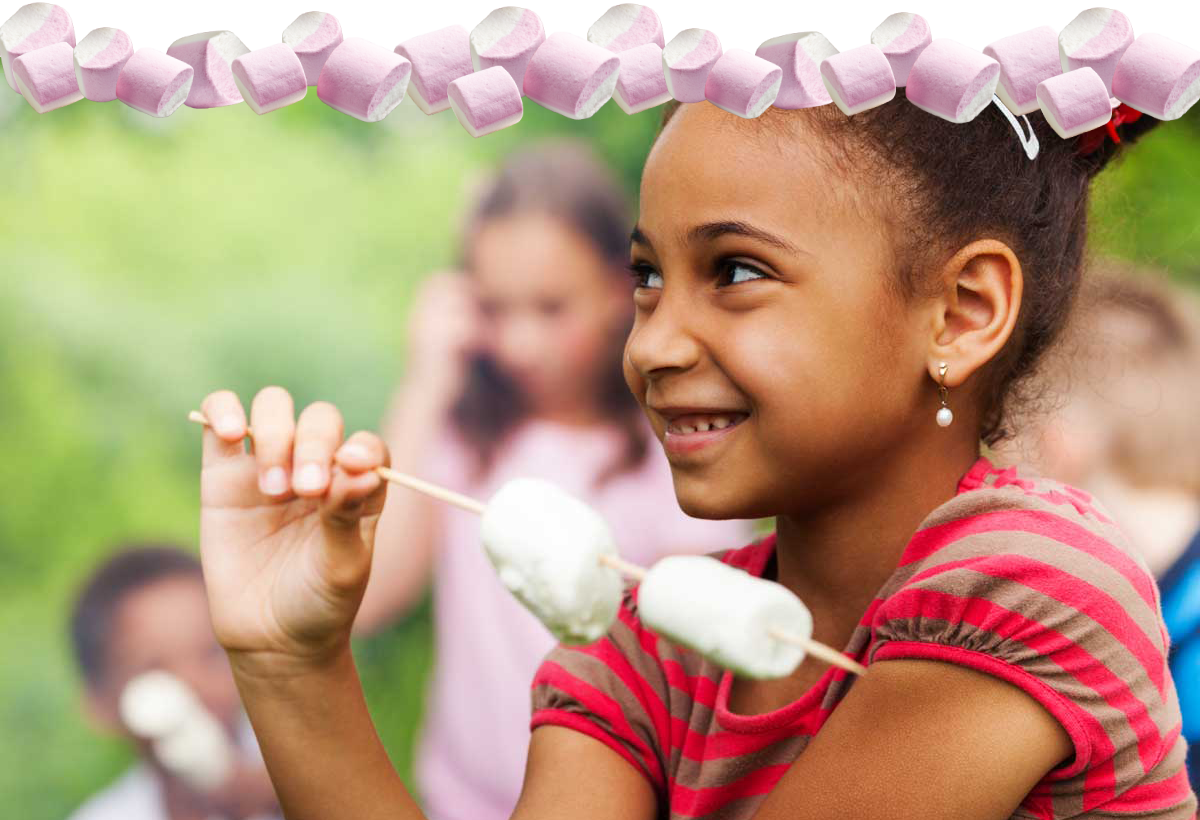 A fluffy history of the beloved marshmallow

With cozy fire season around the corner, now is a great time to enjoy the fun of roasting marshmallows!

What better childhood memory is there than warming up by the fire and indulging in the sheer joy of sticky, gooey roasted marshmallows! Most of us know and love s'mores, that irresistible snack of roasted marshmallows sandwiched between two graham crackers and a hunk of chocolate. And while it's easy to toast marshmallows over a crackling fire, have you ever wondered just how and where marshmallows came to be?

Marshmallow candy originated in ancient Egypt, where it was used as a medicinal product. It was a honey candy, flavored and thickened with sap from the marshmallow plant. This plant grew on salt marshes and near large bodies of water. According to Viable Herbal Solutions, “Nineteenth century doctors extracted juice from the roots of the marshmallow plant, cooked it with egg whites and sugar, whipped it into a foamy meringue, left it to cool and harden, and used it to soothe children’s sore throats.”

This method was used until the mid-1800's, when the French invented its more modern form of a marshmallow confection – a cross between a medicinal lozenge and a bonbon. Unfortunately, once the healing properties of the gooey marshmallow root juice were no longer needed, its use as an ingredient was lost to history.

At the same time, confectioners wanted to find a new, faster way to make marshmallows. The marshmallow root was replaced by more stable gelatin. Today’s marshmallows are now a sweet confection and are a mixture of corn syrup or sugar, gelatin, gum arabic, and flavorings.

Marshmallows gained in popularity, and by the 1920's they inspired edible novelties such as Moon Pies – as well as other products to satisfy the sweet tooth, namely the incredible, spreadable Marshmallow Fluff. Some marshmallow companies even created whimsical countertop toasters to give their powder-white sweets that beautiful golden brown hue.

In 1948, marshmallow manufacturer Alex Doumak began experimenting with different methods of making marshmallows and revolutionized marshmallow production with the “extrusion process”. Using this process, marshmallows were made by piping the fluffy mixture through long tubes and cutting its tubular shape into equal pieces.

Today we enjoy these delicious confections as white and pink puffs of deliciousness, all thanks to the ancient Egyptians and some ingenious inventions along the way.

If this makes you crave something sweet, why not make a cozy warm fire this evening and satisfy your inner kid's sweet tooth with some toasted marshmallows?

Planning a camping trip or grill out this weekend? Stay prepared! 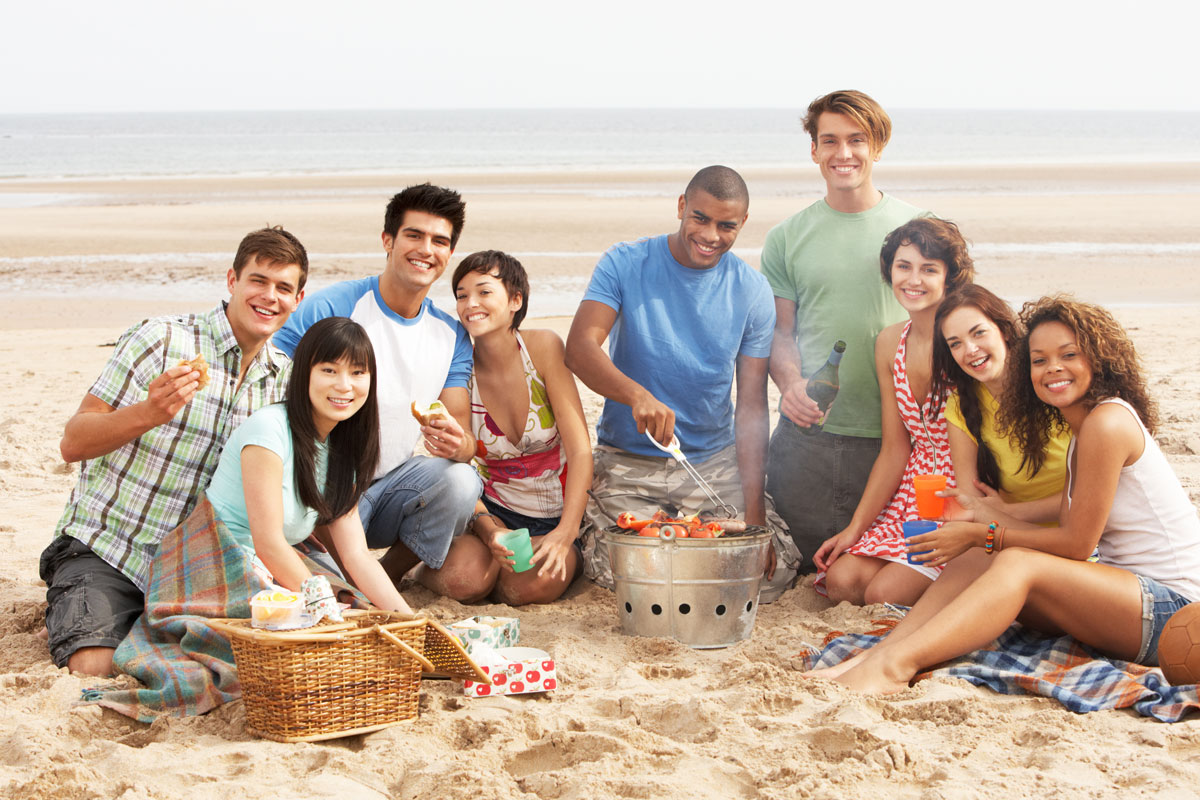 RECIPESFrom comforting winter warmers to delicious ideas for the grill, we have the perfect recipes to get your taste buds tingling!READ MORE 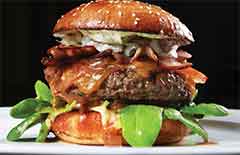 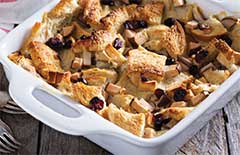 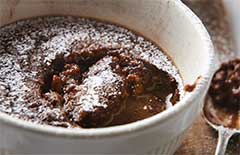 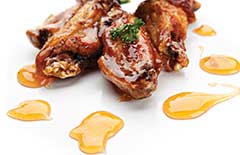 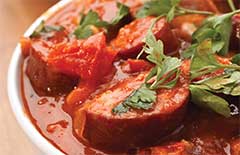 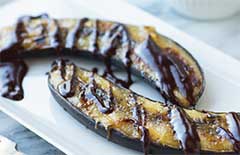 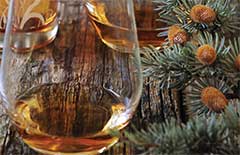 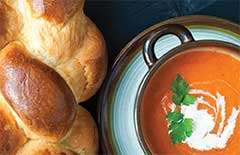 There’s nothing like a juicy, delicious burger to make your BBQ.

Here’s our favorite recipe for the ultimate one!

For the burger sauce

Comforting and indulgent, a delicious sweet treat for those days when you need warming up!

I Can Write It Today! When you've got an urgent assignment and you do not need to waste effort or time on writing it on again, utilizing a fast essay writing system permits you to compose a composition in minutes!I affordable style blog Can Get Help Writing it by Following the Steps! Having someone read through your essay as you compose it will give you a better idea of what has to be shifted in order for your essay is written properly and can help save you time!I Need That Urgent Essay Now! Want an urgent article written for you at the moment! If you want that urgent essay written within a couple of days, I've got the best tool you'll ever use to make that happen right here online!I Want That Urgent Essay Today! Desire an urgent essay written for you right now!How Do I Obtain an Urgent Essay Today? Simply click one button to get started, then follow the steps set out in the product.

After a long winter’s day, warm up in front of your fire with this decadent chocolate fudge treat!

Put all the marinade ingredients in a bowl and whisk to make a sticky sauce.

Place the chicken wings in a single layer in a wide, shallow, non-reactive dish. Pour the marinade over the chicken, cover with plastic cling wrap and place in the fridge to marinate for 24 hours.

Heat your grill or griddle pan until hot. Cook the wings for 15–20 minutes, turning often, until dark and the juices run clear when the chicken is pierced with a skewer. If cooking on a griddle, finish the wings in the oven at 350 F for 10 – 15 minutes to ensure they’re cooked through.

The perfect hearty treat to warm you up on those chilly winter nights. A delicious meal to enjoy on a Sunday in front of the roaring fire. 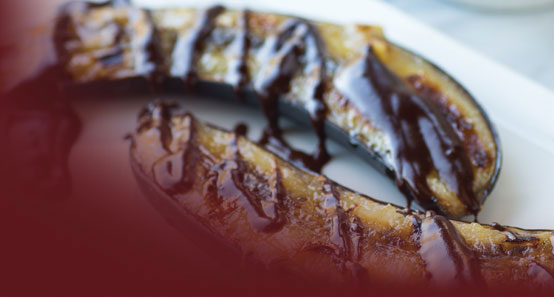 This works great on your grill, just wrap the bananas individually in aluminum foil before placing on the barbecue for a yummy desert.

There is nothing like a warm fire and a whisky in the wintertime to thaw those frozen hands and feet. This quick recipe is for adults only… both young and old. Sit back in front of the fire with a glass of this spiced whiskey and let it warm you inside and out!

We have perfected this warming soup recipe over the years, and there is simply no better place to enjoy this wholesome healthy meal then in front of your cozy open fire on a cold winter day. Comfort food at its best, we hope you enjoy! 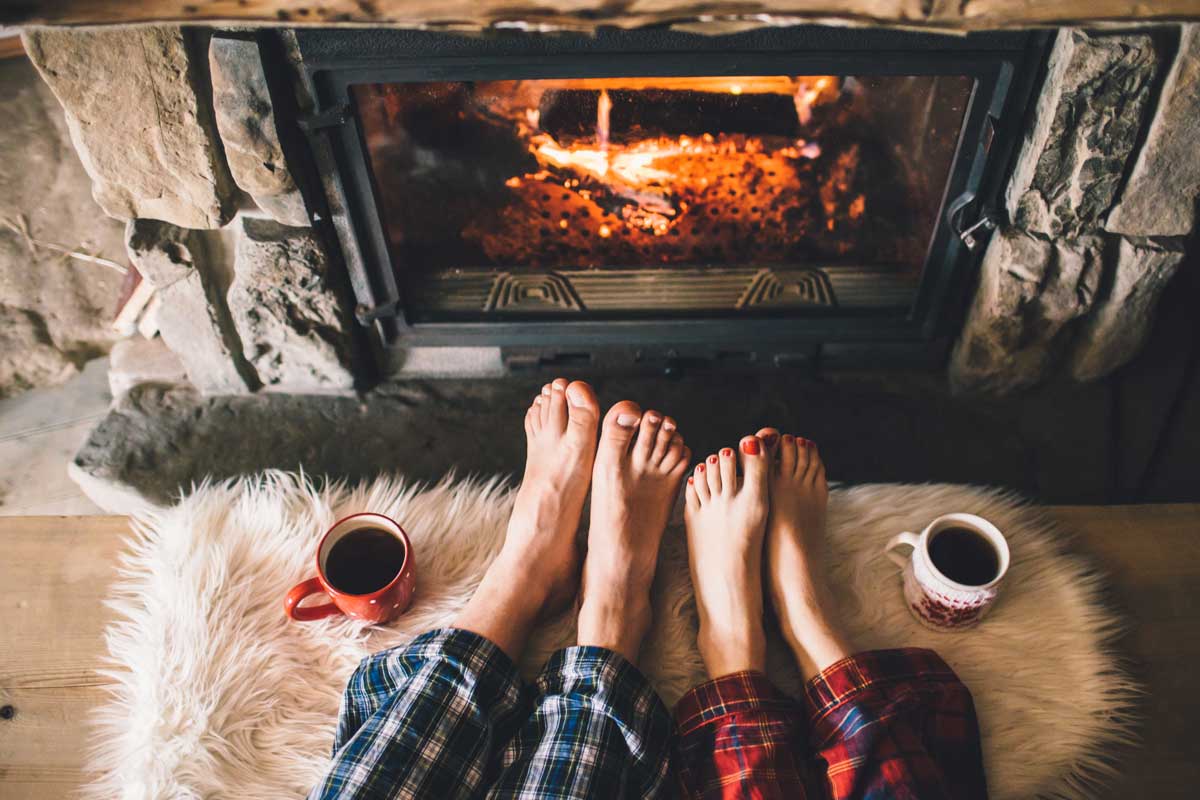 Over the years we have collected lots of tips, either from our own personal experience or sent in by our loyal ZIP™ customers. Here are a few that we thought would be especially helpful to you.

Winter fires or candles on the mantelpiece tend to leave a black or brown sooty residue on the walls.

We find that modern cleaning products sometimes stain or bleach walls or wallpaper. Our top tip is to clean this soot away with soft, fresh sliced white bread. Just gently dab the soot. Do not wipe, as this will cause smearing and leave bread crumbs everywhere.

For those with respiratory problems such as asthma or bronchitis, an indoor fire can dry out the air, causing or triggering breathing difficulties. Keep a bowl of water in the room when the fire is lit to humidify the air and help ease breathing. This tip also applies to central heating.

To enjoy a fresh fragrance in your room, put some orange peels on top of your wood burning stove or mantelpiece. The peels give off a delicious citrus fragrance as they dry. You can eliminate the use of those modern chemical air fresheners!

Keep animals out of your chimney

Animals, insects, and birds often get stuck in chimneys. This can cause the animal a great deal of distress. If the animal dies while stuck in your chimney, it will block the chimney, reducing efficiency, and will also cause smoke, ash, and debris to spread into your home. Not to mention the terrible smell...

A flue cap on top of your chimney should keep animals and birds from getting in, and it also helps protect your chimney from inclement weather.

Some ash can be used as a lawn and garden fertilizer to provide soil nutrients and reduce acidity. It can be used on compost piles to maintain neutral acidity levels. Some people use ash to provide traction on icy driveways and sidewalks. Excess wood ash can also be taken to public disposal sites.